Words can encourage, motivate and empower you. Words can also hurt you and cause pain. At Missing Pieces Publishing we aim to rebuild you through books that will help you overcome the words that have been spoken into your life.

Missing Pieces Publishing is a literary home that focuses on educating others that have allowed words to hinder their spirits. We believe in providing readers with thought provoking books and powerful messages that will help readers see the light at the end of the tunnel. Our books will evoke emotions that may have been hidden but will bring comfort at the end.

​Earlene Walker is the CEO of Missing Pieces Publishing also  a freelance Writer, Author, and Publisher who writes books  to educate others on group home living. Earlene was raised in a group home and her ​history prompted her to write her debut book, Missing Pieces (May 30, 2015). This title has also become the base for her company Missing Pieces Publishing .   Earlene  has gain the title  Graphic Designs, book  format and Editor as she edit and design 12 poems and 14  post cards for the company Compassionate Dreams, she edited Compassionate Dreams the book and the letter both books  written by Calvin Harris  Earlene  have  gain this knowledge through re-doing her second New book  Missing Pieces Reveled April 2016.
She writes to bring awareness to the treatment of Abuse and Neglected Children and Domestic Violence.  Earlene Walker   works in the capacity that allows her to take care of others. She is the Author of the book Missing Pieces, and  Missing Pieces Revealed the books. Earlene resides in Indianapolis, Indiana. NO STOP DON"T DO THAT her children's book was  is out  in 2016 and she is currently working on her next book TRISHA coming soon.  She is taking a stand to help others say NO! STOP! DON"T DO THAT!

Earlene Also create and design cards, post card, holidays card,  and invitations  called SAY WHAT YOU WANT  with suitable words you can contact her through email earlenewalker49@gmail.com
​
​ Please beware that Missing Pieces have no affiliations with aamcbook club, nor author and readers corner or book club 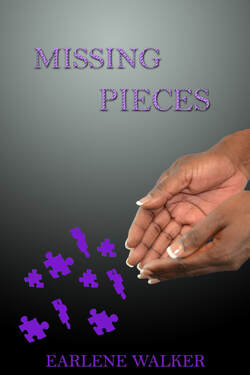 Connie Johnson life was going well until her mother, Dolores leaves home to find her father. Dolores places her son Samuel in charge but time passes worry sets in. A house fire breaks out causing Connie and her siblings to flee their home. After the tragedy Connie slowly tries to keep it together. before her life goes back to normal. Connie's mother becomes ill and has to go in the hospital. Connie's father appears just to move them to a new location. trying her best to adjust, Connie's days and nights are mixed with hurt and pain. She wonders who she can turn to for help or if help is ever coming to her rescue. 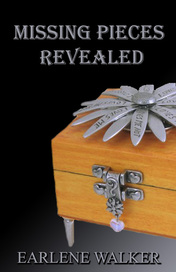 A story that will tug at your heart.
In Missing Pieces Earlene Walkers first book she share her heartfelt story,

When  Connie heard the lord calling her, she took a different path. Later to  find out what the lord wanted.  She shares  the remaining  missing pieces of her  story  that is filled with  hurt and pain.
​Missing Pieces Revealed , is a book of Child Abuse and Domestic Violence that is a heart felt story that will tug at your heart.
Take another look at Connie as she expresses what comes after the abuse and violence 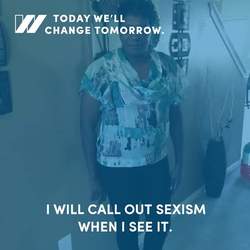 www.unitedstatesofwoman.org  Earlene Walker has Join the Untied States of woman and has made her pledge.

Validation: the first hit is almost a knockout, it draws blood. He/ she is letting you know  he?she is in full control. This is when they are preparing to take full control over all of you, your mind, and body.

Demanding: The second hit. He/she is letting you know, that he/she demands you to do what he/she tells you to do. You are in the stage they call Domestic Violence

Mental Abuse: such as, let downs,  low self esteem saying words like ( you will never be nothing) , or (no one wants you.) They will  repeat and say  you’re a bad person.

Verbal Abuse: name calling, bringing you down such as, you don’t know how to do things the correct way. He/she may say you’re dumb and stupid a lot of different times, bad words are used here often.

Social Abuse: he/she will take all family, friends. Anything that is close to you . He/she wants you to believe he/she is the only one who cares and loves you.  He/she fears he/she will be seen for what he is by others.

Withdrawn: isolation, staying in the house, not allow outside, or your bruises are so severed that you hide.  And the saddest part is you are  always thinking that the day will come soon when you think he/she is going to change. This is not you fault you have done nothing wrong. This is a part of Mental Issues cycles and patterns

Threatening: to harm you This is not a love tap they mean what they are saying, and you should  believe it. He/she will tell you wherever you go, he/she will find you and if he/she does he will kill you.

Never Forget the Abuser has study you. They Know your weakness and their  only focus is to make you weaker. Please remember you are not the first person they have abuse.

To all other if you see it, hear it, REPORT it. You may be saving a life then get going.